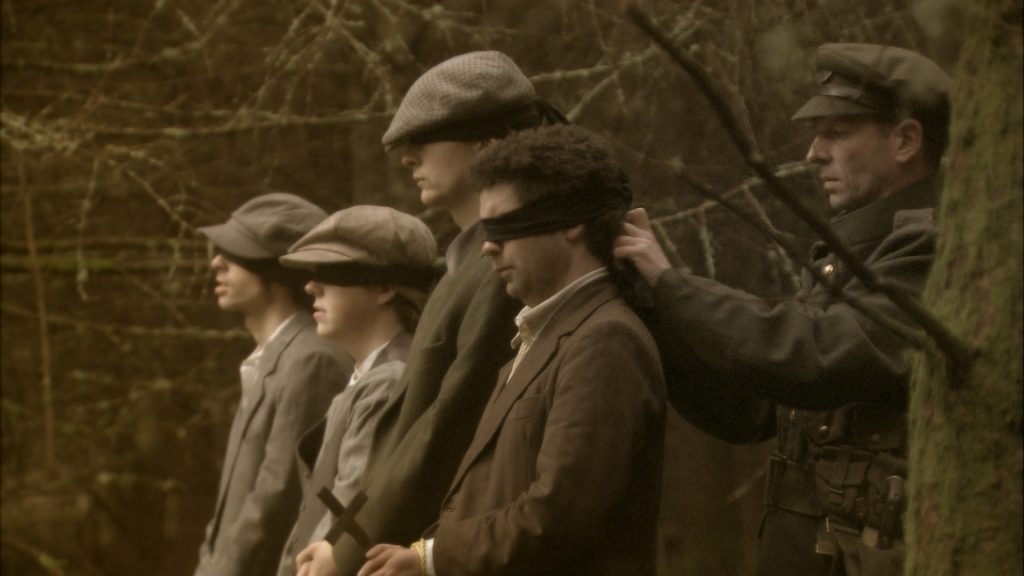 Breith agus Bás begins with one of the most controversial events during the bitterest time in Irish history: The execution of four anti-treaty prisoners in Drumboe, Co. Donegal during the Civil War.

Breith Agus Bás is a look behind one of the most controversial events in Donegal’s history. Many sacrifices made at the birth of the Irish State are widely remembered, but some seem to be almost forgotten. The four anti-treaty prisoners executed at Drumboe on March 14th 1923 are hailed as martyrs and celebrated in books, songs and an annual parade. However the Free State soldier, whose murder four days previously prompted the reprisals, is remembered only by his family.

We trace the story behind Captain Barney Cannon’s death right back to his family’s acquisition of the local post office a hundred years ago, and a curse that came with it. Current Postmaster Brian Cannon is our guide on a journey that uncovers a number of questions along the way, giving an insight into the Ireland that straddled Christian and pagan beliefs.

This is a personal family story littered with tragedies, in the historical context of the most important period of Irish history. Brian Cannon allows us into his family history where we discover the impact that still lingers almost ninety years later.