Productions Cé A Chónaigh I Mo Theachsa? (Who Lived in My House?) – Series 1 Episode 4: Gleann Aoibheann 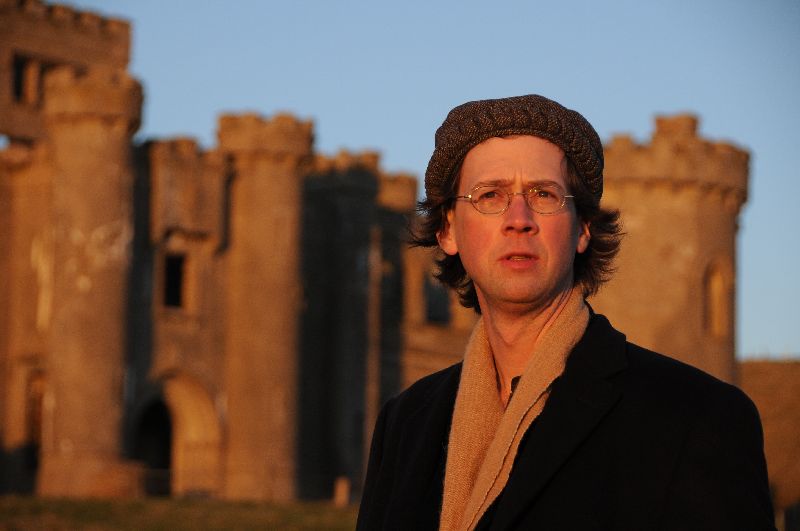 Gleann Aoibheamm house in Clifden Co Galway. Here Manchan discovers the fascinating story of John D’Arcy the man who founded Clifden, tamed the Wild West and what his connection was to Glean Aoibheann house.
Manchán Magan is invited to Breandan Scanlon’s’ early nineteenth century house in Clifden. Breandan’s father, a Connemara vet brought his wife here as a surprise 50 years ago, having already bought the house as a surprise he convincing her to break in by a back window to see what it was like. Breandan is keen to find out who built his house and if it was a man named John D’Arcy whose name is on the first deed in 1838. Manchán discovers the ruins of the splendid Clifden Castle – built by John D’Arcy (and not too far from Breandan’s house). Local residents of Clifden give him some insight into other occupants of the house, a Greek who’s said to have fired a shot gun at locals wandering near the gates of Gleann Aoibheann. In a trip to the National Archives in Dublin Manchán uncovers an original hand illustrated 1819 Map of the area which is hugely revealing. He finds out that in 1804 John D’arcy inherited an estate of 20,000 acres in Western Connemara leaving him wealthy beyond his wildest dreams. But instead of going on the rampage D’Arcy decides he would try to civilise this barbaric region. Kathleen Villiers-Tuthill (local writer) tells Manchán how D’Arcy managed to get the great engineer of the time, Alexander Nimmo to build Clifden Pier. Cáit Ni Cheallachain (Conservation Architect) reveals that Breandan’s house was in fact built on John D’Arcys estate as a hunting lodge not a family residence. But when John D’Arcy’s daughter Julia became a widower 6 months into her married life, D’Arcy signed the house over to her to become her home and live near him in his final year.
Close Menu