Death or Canada: Behind the scenes 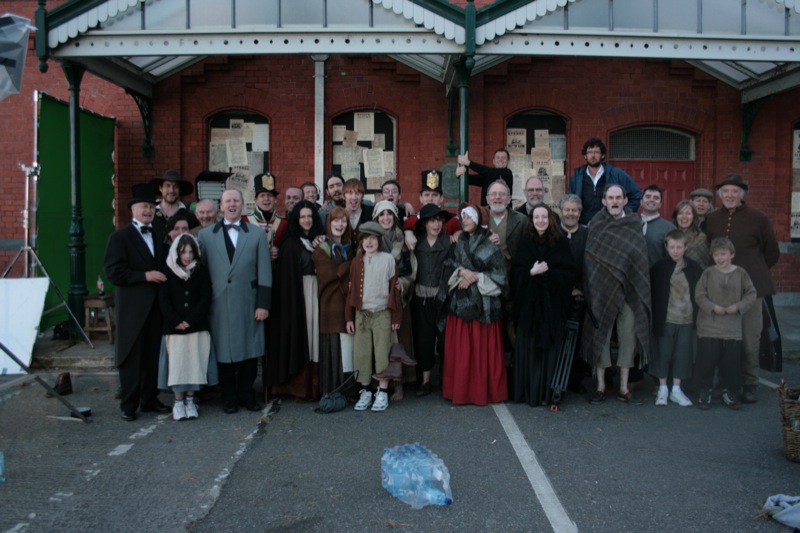 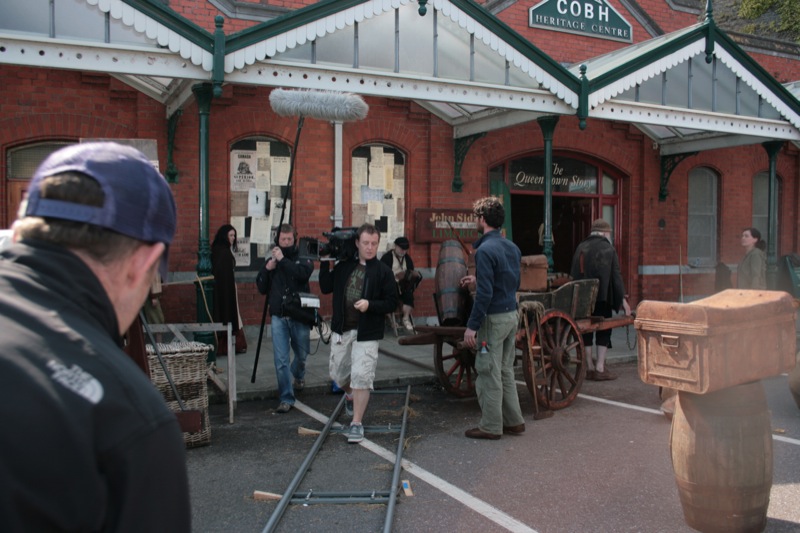 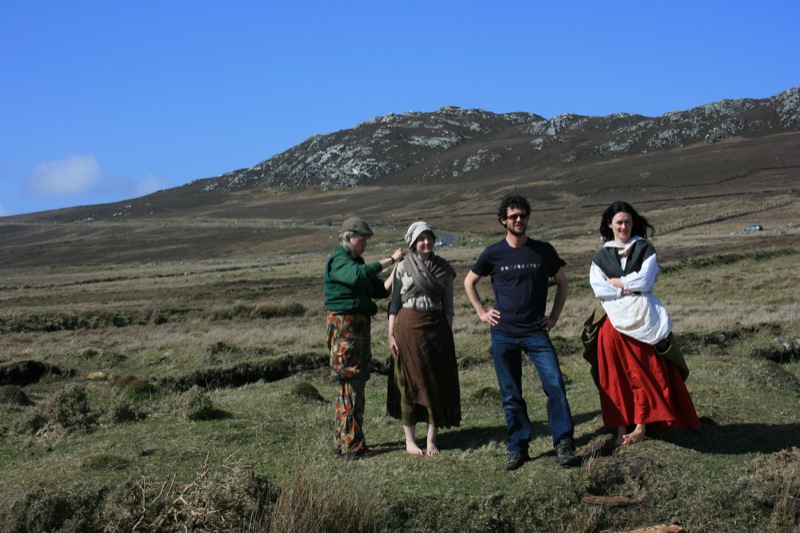 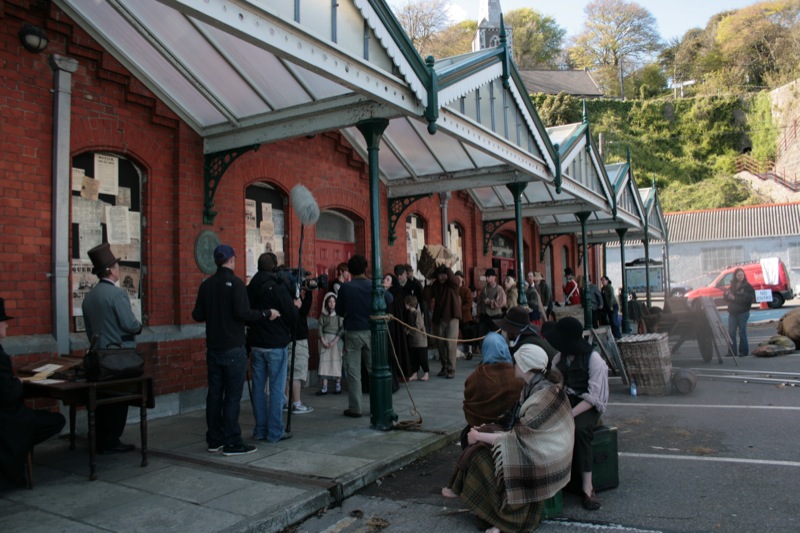 “It is funny how serendipity plays such a part in our lives. Tile Films first became involved in the project in the summer of 2005, when Dave Farrell and Rachel Towell were reurning from the Sunnyside of the Dock TV festival and were stuck in the airport in Marseilles. The flight was delayed, so we were sitting there, twiddling our thumbs when this Canadian chap turned up and we got chatting. The Canadian was Craig Thompson, Managing Director of Toronto-based TV production company Ballinran Productions. He was developing a docudrama about the massive influx of Irish famine refugees that almost overwhelmed Toronto in 1847, and was looking for an Irish co-production partner. lt was a fascinating project and from an Irish perspectivea great untold story.  It was also a famine story with a difference. The traditional perception of the Famine is that it only affected the Catholic population of Ireland. But that’s not the whole story. In fact, there was also a large Protestant population that was badly hit. Many Protestants were small farmers who were absolutely devastated by the crop failures. Many died and many more emigrated. Death or Canada centres around just one protestent family and their fatefull journey to Canada. It had the powerful human interest dynamic that was needed to drive the narrative and personalise the wider significance of what was taking place.”

Casting took place in Westport Co Mayo to find the Willis Family – John and Mary Willis and their five children. Rose Conway was cast as Mrs Mary Willis and Tony Murphy as Mr John Willis. Three of the actors who played the Willis children and many of the other cast members and extras had relatives who had survived the famine and were able to recount stories of starvation and humiliation that had been passed down through their families. Achill was one of the worst affected areas during the famine, and filming famine scenes on the island had a profound and lasting affect on the cast and crew. Our Irish Production designer was Cos Egan (‘Garage’, ‘Count of Monte Cristo’, ‘Saving Private Ryan’), make up Morna Ferguson (‘Old Curiosity Shop’, ‘My Boy Jack’, ‘Middleton’) and wardrobe designer Lynne Williams (‘Cromwell in Ireland’, ‘King Arthur’).

Director Ruàn Magan, DOP Colm Whelan, actors Tony Murphy (Mr. John Willis) and Rose Conway (Mrs. Mary Willis) flew to Toronto to film the scenes of the Irish famine ships arriving in Grosse Isle, Canada, hundreds of immigrants being vetted by Canadian doctors, and the fever sheds and hospitals of Toronto where thousands of Irish died. The Canadian production crew and cast numbered 160 in total. Included in the Canadian crew were Production Designers Rocco Matteo (Interstate 60, The Scarlet Letter, My Big Fat Greek Wedding) and Jennifer Jacobson (American Psycho, Dark Water, Time Travellers Wife). The Canadian crew were hugely enthusiastic about the project, realising that they were bringing back to life a story that been hidden under the streets of Toronto for 150 years. They were commemorating the thousands of Irish Famine victims who died in Toronto but also celebrating the extraordinary Canadian men and women who were responsible for selflessly saving thousands of Irish emigrants from starvation, sickness and death.

The programmes also follow the intriguing progress of the present day archaeological excavations on the sites of the fever sheds, famine hospitals and burial grounds where these immigrants died and were buried. There is a sense of high drama as archaeologists anticipate what the digs might uncover about a story that has, literally, lain buried for 150 years. Under the expert guidance of Canadian historian Mark McGowan and chief archaeologist Ron Williamson, we filmed these excavations and combined archaeological and historical evidence to piece together the story of the terrible summer of 1847. Using clues from recovered artifacts, ships manifests, newspaper clippings, diaries and burial records, Mark tries to determine what happened to the people who perished and those who survived.

Acme Pictures in Toronto created the CGI scenes depicting the mayhem at Limerick Docks in 1847, the famine ships arriving in Grosse Isle Canada that same year, and the hundreds of steamers and liners at Toronto docks as the Irish immigrants make their way up St Lawrence River. Seamless CGI scenes were also created to replicate the hundreds of fever sheds and the Toronto hospital that housed the sick and dying Irish.