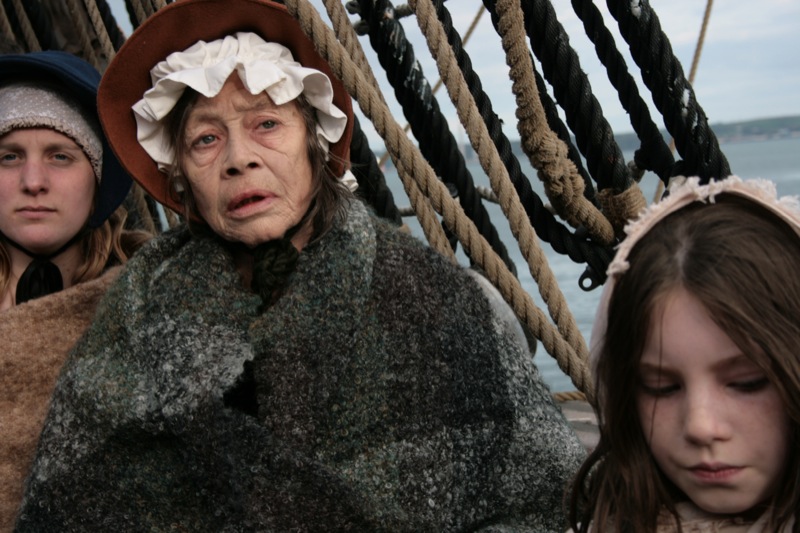 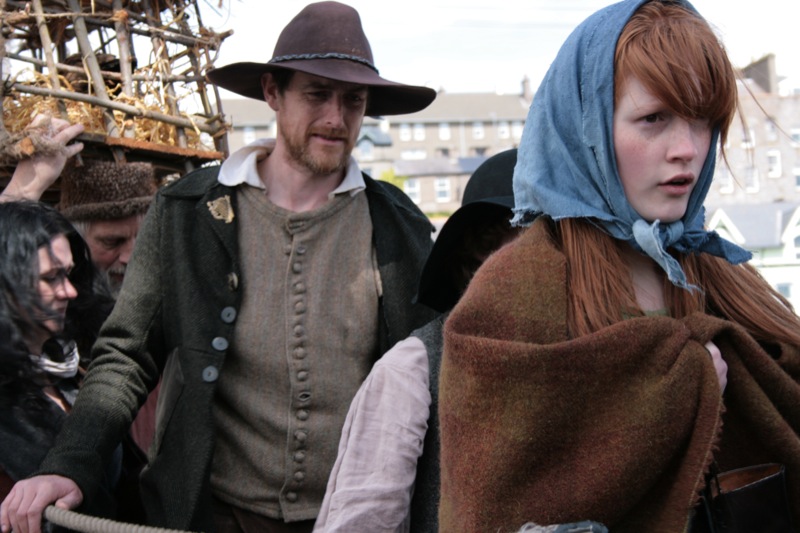 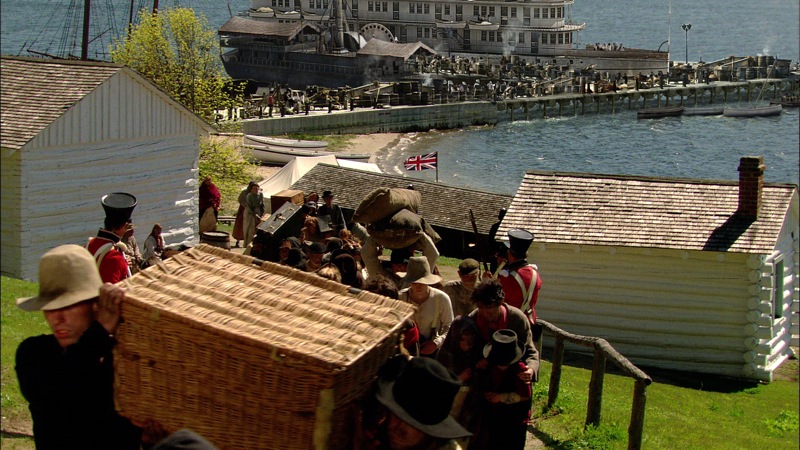 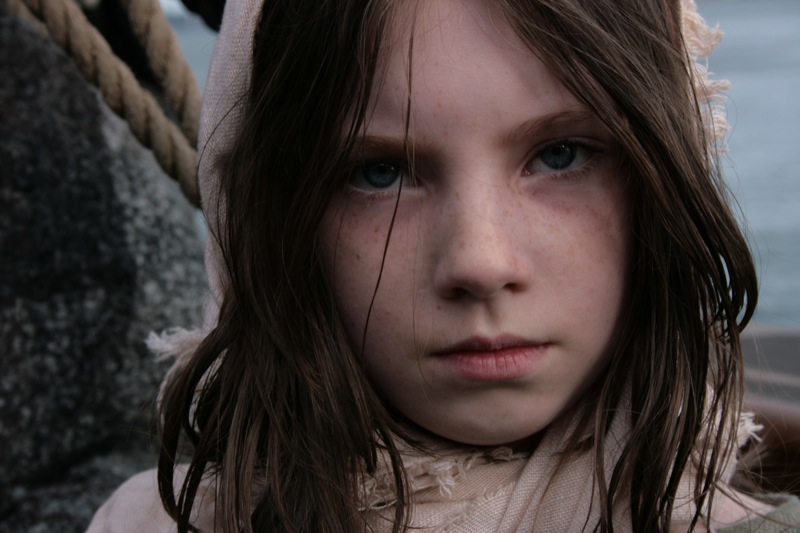 A century and a half ago Toronto was a frontier community – 20,000 inhabitants on the edge of wilderness. In 1847 the city is overwhelmed by 40,000 sick and starving famine refugees from Ireland descend on it. In this episode we learn of the heroism of those who went to their aid and the final journey of the Willis Family.

Episode 2 opens with the Willis family struggling to keep going. They have had to leave a doomed sick son on the Quayside in Limerick, Ireland,when the medical officer refused to allow him board the cargo ship the Jesse and two more of their children die of Typhus on the sea journey. As they wait to disembark at Grosse Ile on the St Lawrence River, Canada their eldest daughter Mary Ann is taken to the quarantine centre and a week later she dies.
In Toronto Bishop Power is acutely aware of the impact of the thousands of refugees making their way up river from Grosse Ile to Toronto. He pleads with the city fathers, often in vain to prepare for the coming sick and weak among them John and Mary Willis and their remaining child

Toronto is a city which was overwhelmed and threatened by the volume of disease ridden, impoverished and grief stricken refugees from the famine in Ireland. Punctuated by expert commentary from historians Professor Mark McGowan and Dr Peter Grey, and Chairman of the Ireland Park in Canada Robert Kearns, and reflections on the famine from John Waters, the programme looks at the experience of the famine from both an Irish and Canadian perspective.

The worst year of the famine, 1847, was not Ireland’s tragedy alone. The fledgling colony of British North America couldn’t deal with an influx of such epic proportions. Its eastern ports and cities were overwhelmed as they struggled to cope with the starving, Typhus-infested refugees. Their arrival threatened to decimate the fledgling British colony as in every city they arrived from Montreal to Toronto outbreaks of Typhus broke out.

Many Canadians ran scared but some like Bishop Power and Dr.George Grasset – whose brother is dean of the Anglican Church in Toronto. faced the challenge head on, catholic and protestant work side by side, to help the Irish and their courage and sacrifice helped the Famine refugees overcome the worst calamity they had ever endured and allowed many to travel on into the United States. Toronto alone took in 40,000 people, bringing chaos, fever and death to the city’s streets. Hundreds of the dead were buried in unmarked graves.

Power and Grasset along with many others who rushed to help the disenfranchised famine refugees paid for their selfless work with their lives, dying alongside those they were trying to help. So to do John Willis and his son. Mary Willis’s story ends in the town of Brantford, just west of Toronto. having lost her entire family she is taken into the home of an Anglican Minster where she finds herself consumed by grief.
This is the story of two countries at the moment their destinies became intertwined. It is the story of how some of Toronto’s most eminent citizens sacrificed their lives to help the Irish. And it is the story of how a brave woman, Mary Willis, watched helplessly as her home, her family were torn from her forever.