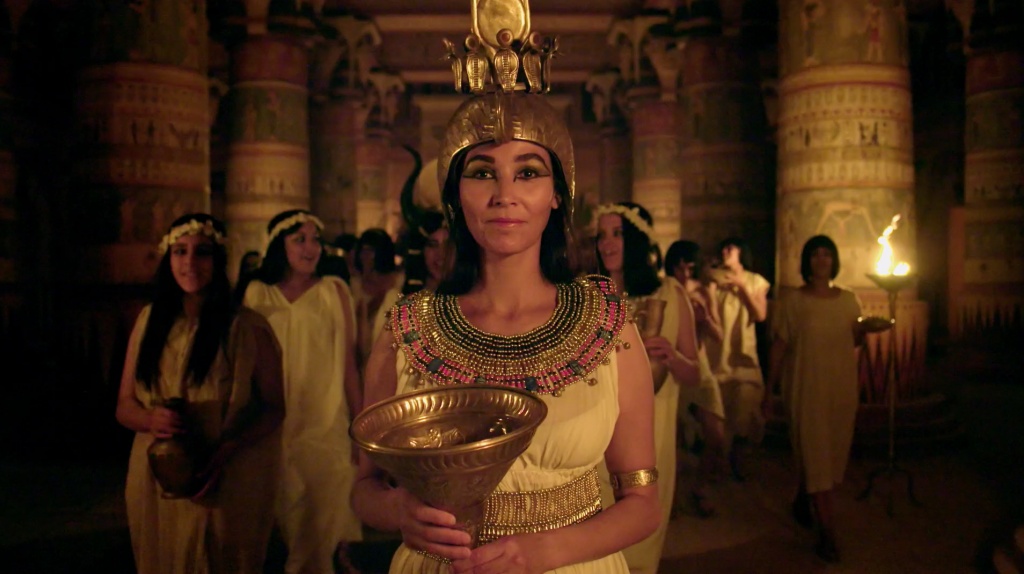 With a full house and an enthusiastic audience, Egyptian Priestesses was the final film to be screened at the festival. Afterwards, at the awards ceremony, director/producer Stephen Rooke was presented with the three awards for the film:

This brings the number of international television awards the film has received to thirteen.

“We were delighted to attend the New York City TV Festival and were thrilled with the reaction to the film from the audience in New York. It was an incredible honour to receive three awards and I would like to thank the cast and crew from Ireland and Morocco. Special thanks to our Irish Directors of Photography, Colm Hogan and Piaras Mac Cionnaith for the best cinematography award. It’s fantastic to see Irish documentary companies like ours getting recognition on the international stage. Access to international funds is vital for the production of such quality productions and the support of Section 481, Ireland’s Film Corporation Tax Credit, is key to the access and success”.

Sacred Sites: Egyptian Priestesses tells the incredible story of a surprising undercover power structure in ancient Egypt, led by women: an elite succession of priestesses called the God’s Wives of Amun, who wielded extraordinary influence. Until recently they were all but forgotten, but this docudrama film investigates Egypt’s sacred sites to rediscover their story and the mysterious source of their power.

The film was narrated by Eric Meyers. Directors of Photography were Colm Hogan and Piaras Mac Cionnaith. The Sound Recordists was Michael Cassidy, while audio mixing was conducted by Killian Fitzgerald of Avatar Audio Post Production. The film was edited by Jim Dalton. Post production was provided by Outer Limits with Eugene McCrystal as colorist, Rory Gavin as online editor, Andy Clarke and Kevin O’Brien in charge of VFX. Music was composed by Giles Packham. The production designer was Lynne Williams of Irish Arms and Maeve Kenny and Maggie Fagan were production managers.

The drama re-enactments were filmed in Ireland and Morocco with a main cast of eleven and some hundred extras working on the production.